The Rise of the Crafty Hipster 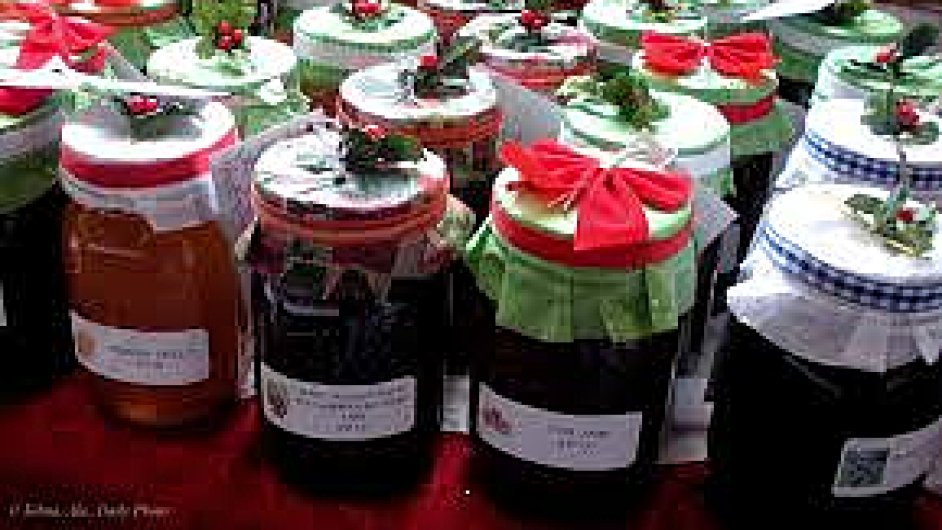 Two years ago, Gaia DiLoreto, who’d fled a thankless office job managing the IT help desk at an insurance company, started By Brooklyn, a shop featuring the wares of the borough’s burgeoning artisan community. She was inspired, she told me, by Meg Paska, whose Brooklyn Homesteader blog explored her adventures in beekeeping, home brewing, and backyard chicken raising. DiLoreto’s store sells handcrafted jewelry and ceramics, fancy $8 candy bars, and cocktail bitters in flavors like black mission fig and sriracha. The majority of her vendors are women who, like her, started their businesses as alternatives to frustrating, soul-draining office gigs. She’s located on the same trendy Carroll Gardens block as La Casita - a yarn shop, café, and bar founded by refugees from the real estate industry - where every afternoon fashionable women with playful tattoos can be found knitting over cappuccinos or glasses of wine.

“People moved to the city, floundered in the crappy jobs, and realized that’s just not enough,” says DiLoreto. Many of her sellers got their starts hawking goods on Etsy or at the Brooklyn Flea Market, a sprawling weekend fair as thick with effervescent young hipsters as the trendiest of nightclubs. Founding a successful microenterprise has become a widespread bohemian dream, particularly among women. HBO’s Girls underscored the painful trendiness of one of its young, single characters by having her start a mustard company. A decade ago, when hip young women were presumed to be more interested in cocktails than condiments, that would have made no sense at all.

It’s easy to mock the twee, hyperlocal, handmade aesthetic that dominates fashionable enclaves in places like Brooklyn and Portland, Oregon. But in her new book, Homeward Bound: Why Women Are Embracing the New Domesticity, Emily Matchar makes a convincing argument that it actually represents a generational change in values born of a deep disaffection with the modern workplace, one with real implications for gender equality. In as much as this new domesticity represents a desire to live more sustainably and authentically, it’s wholly laudable, if also a bit precious. But a return to home and hearth also has a way of reinforcing traditional gender roles, even if everyone involved says she’s only following her heart.

“The various pieces - the urban chickens, the domestic-porn blogs, the retro cookery, the attachment parenting - are beginning to come together to reveal a larger whole,” writes Matchar. “To say that these phenomena are ‘just trends’ or to snark on them as the whims of privileged hipsters is to ignore this emerging bigger picture. Fashion is fashion, but our current collective nostalgia and domesticity-mania speak to deep cultural longings and a profound shift in the way Americans view life.” And not only well-off Americans with liberal-arts degrees. Matchar began her book expecting to find a lot of ex-CEOs and dropouts from corporate law. Instead, she discovered “middle-class people struggling with modern life. Underemployed recent college grads learning to knit because they got no satisfaction out of their temp jobs. Women who ‘just happened’ to learn about attachment parenting at the end of their too-short maternity leaves from jobs they felt ambivalent about to begin with.”

Shannon Hayes, author of Radical Homemakers, an influential self-published manifesto that has sold more than 15,000 copies, compares the modern workplace with a wife-beater. “If we had a boyfriend or spouse who treated us this badly, we’d peg him as an abuser and dump him,” she writes. “Yet our culture compels us to behave like codependents in a dysfunctional relationship with the corporate economy.”

Hayes is voicing an intense version of a more common disillusionment. According to a survey done by economist Sylvia Ann Hewlett, 62 percent of Generation Y women say they don’t want to emulate the long hours of their mothers’ “extreme” careers. Both male and female members of Generation X and Generation Y describe themselves as more “family-centric” and less “work-centric” than their baby-boomer parents.

Others turn to the handmade economy because they despair of finding any other job. After all, over 14 percent of young people between ages 20 and 24 are either unemployed or underemployed. Matchar quotes a 23-year-old woman who is trying to launch an artisan jam business in Chapel Hill, North Carolina. “My parents keep asking when I’m going to get a real job,” she says. “Nobody my age can find a real job. We have to be creative. I have a friend with dual master’s degrees who’s been unemployed forever; now she’s making and selling doughnuts.” DiLoreto is 38, but she says most of her vendors are in their 20s or early 30s and became entrepreneurs because “there were no jobs or they were unhappy with the jobs they had.”