An Aging Population May Be What the World Needs 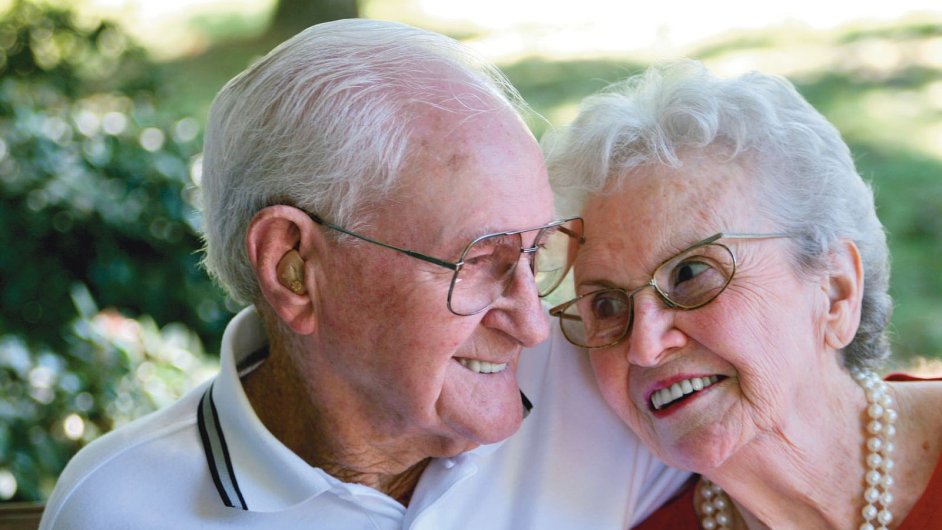 Americans just don’t make babies like they used to. The U.S. birthrate is the lowest in nearly a century, according to a study released last year by the Pew Research Center. It’s half the level of the Baby Boom years after World War II. American women, on average, are likely to have fewer than two children during their lifetime, which means not enough babies are being born to maintain the current population size. Even among new arrivals, the trend is declining: The birthrate among Mexican immigrants to the U.S. has plummeted 23 percent since 2007.

This reproductive recession is not unique to America; it’s a global phenomenon. Women just about everywhere are having fewer kids and having them later in life. The world is about to get a lot older very fast.

Planetary senescence casts a shadow on the world economy’s long-term prospects for growth. Already, the burden of supporting aging populations with a shrinking pool of able-bodied workers threatens the solvency of governments in advanced economies. Even so, the Baby Bust doesn’t need to be a disaster. Policymakers and the public will have to adjust to changes in the way we allocate resources and define work, but an older, grayer world may turn out to be a better place.

In 1970 the average woman on the planet gave birth to 4.7 children in her lifetime. By 2011 that number had dropped to 2.5. Even in the world’s most fecund region, sub-Saharan Africa, the fertility rate fell from 6.7 to 4.9 between 1980 and 2010—and births among women under 20 dropped 20 percent in the first decade of the new millennium.

In many places, populations have peaked or will soon do so. Out of 196 nations for which the World Bank had data in 2010, 71 saw fertility rates lower than two children per woman; that’s up from 26 out of 187 countries in 1980. Although population levels are still rising in some of those countries, it’s either because people are living longer or the country is attracting a lot of immigrants. By 2050 the United Nations estimates that 48 countries and territories out of a world total of 229 will have smaller populations than in 2010. Nations likely to shrink include China, Russia, Japan, Germany, Ukraine, Poland, and Cuba.

The combination of falling birthrates and longer life expectancies also means the world is rapidly adding wrinkles. In 1980 the median age was 23; by 2050, according to the UN, it will be 38. In 1970 about half of the world’s population was younger than 20; by 2011 that figure had dropped to a little more than one-third, and the UN predicts it will be closer to one-quarter by mid-century. Meanwhile, the number of people older than 65 increased from 5 percent to 9 percent between 1970 and 2011 and will climb to 20 percent by 2050. Despite the global population being about 2 billion higher, the absolute number of young people at mid-century will be no larger than today. The global elderly will have increased from 648 million to 1.9 billion.

In the U.S. the young-old split will be 23 percent to 27 percent. In Europe the proportion will be 19 percent teens or younger vs. 33 percent post-retirement. China is projected to become just as sclerotic: 17 percent young to 31 percent old.

Aging populations pose some real challenges, especially for industries that provide services either to the young or the old. About 5 percent of global gross domestic product is spent on education, for example; dwindling numbers of children could mean a lot of teachers will be out of work. Expenditures on the old, meanwhile, are sure to skyrocket. Pension spending in the European Union already equals about 12.5 percent of GDP. As the region’s 65-plus population increases from a fifth to a third, either those payments will rise or old age will get considerably less comfortable. Supporting the aged is going to be a particular problem for developing countries, such as China, that have traditionally relied on families to look after their old and infirm. The burden on children may become unbearable without considerably expanded safety nets.

Yet the drop in birthrates is also cause for celebration. For a start, it reflects growing gender equality: Surveys suggest women usually want to have fewer children than do men. One major reason women around the world are choosing to have fewer babies is that the kids they do have are far more likely to survive and thrive. Global under-5 mortality declined by two-thirds from 1970 to 2011. Education rates, meanwhile, have been rising rapidly, especially among girls. We’re close to seeing every child on the planet complete primary education. By 2050, the International Institute for Applied Systems Analysis predicts, more than four out of five adults worldwide will have completed junior, secondary, or higher education.

The secret to wealth isn’t more young people, it’s more productive people. Economies can continue to grow—creating demand and supplying the resources necessary to care for the infirm—if they focus on increasing the productivity of those fit and keen to work. Globally the labor supply has plenty of slack. If the rich world as a whole increased immigration from the still-expanding populations of the developing world, that alone would be a powerful dynamo for the world economy. In many developing regions, including sub-Saharan Africa and India, as much as three-quarters of all employment is in the informal sector, where productivity tends to be abysmal. By providing workers with better education and moving them into higher-output employment, countries can generate more wealth with smaller populations.

Over the long run, stabilizing global population may help alleviate fears of climate Armageddon. The richest 10 percent of the planet, which spends about 100 times a year what the poorest 10th does, is responsible for today’s stress on the global environment. The big challenge in combating climate change is to ensure that a given income per person can still be delivered to everyone, but more sustainably. A smaller number of people would clearly help in that regard.

And while having fewer young people around may make the world more boring, it might also make it more peaceful, since youths commit far more than their fair share of violent crimes. Rachel Margolis and Mikko Myrskylä, in research for the National Institutes of Health, even suggest fewer kids might make for a happier planet. Their analysis of worldwide survey data from 86 countries finds that childless people are considerably happier than those with children. The gap between childless adults and parents of four kids is as big as the gap between people living in middle-income countries and those living in high-income countries.

A significantly declining global population will, of course, mean lost opportunities. Every child born might be the next Picasso or Einstein. The vast majority of people on earth are happy to be alive. But the benefits associated with stabilizing birthrates are also considerable—not least greater freedom for women and better health and opportunities for their children. The Baby Bust is nothing to fear.