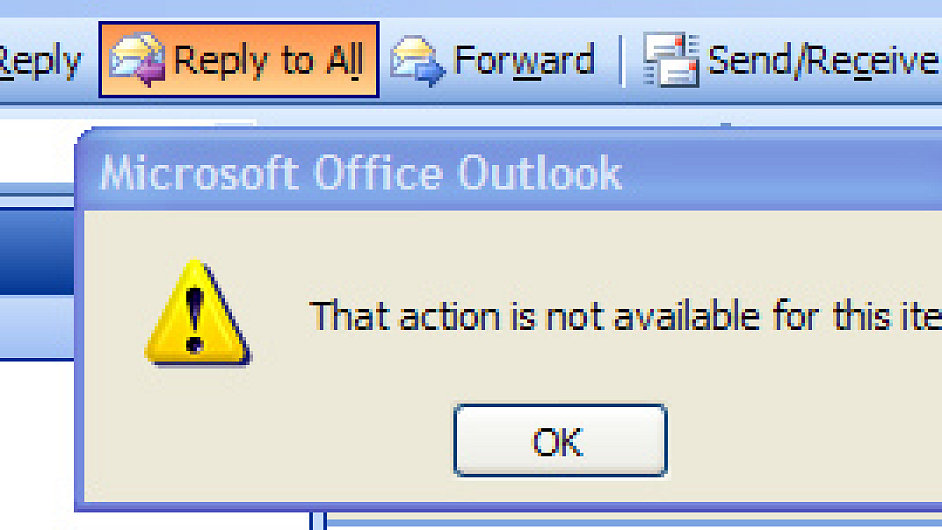 In 2008, Gustavo Reveles, a Navy veteran deep into his two-decade career at the U.S. Border Patrol, got an e-mail from a colleague. He shot off a reply that happened to contain the words “kiss” and “ass” - in that order. He was soon fired for sending an “offensive and against agency policy” e-mail. When Reveles filed a lawsuit against Homeland Security Secretary Janet Napolitano this year, citing discrimination, his attorney laid out an unusual part of his defense, and one that corporate workers everywhere will sympathize with: “Plaintiff inadvertently hit the ‘Reply All’ icon.”

Stories like Reveles’s are commonplace - office dwellers dumbly blasting out crude or embarrassing messages to colleagues across entire e-mail systems. Perhaps no single office staple has stoked such employee fear, posed such a danger to intellectual property, and created such potential for workplace humiliation.

At least 15 percent of a typical office worker’s day is spent on e-mail, and 5 percent of e-mails received are replies to all, according to data from VoloMetrix, a Seattle startup that tracks, minute by minute, how its clients’ employees use technology at work. While that might sound like a small number, spread those stats over a 10,000-employee company and “you rapidly get to a pretty big number in terms of dollar cost - in the tens of millions of dollars [per year],” says VoloMetrix founder Ryan Fuller. For worker productivity, he says, “It’s death by a thousand cuts.”

When Gene Sellers, the head of a sales division at Wells Fargo), couldn’t get the button removed for his 20 employees, he imposed a “gentlemen’s agreement” on his team to abstain from using it. “ ‘Reply All’ is a swear word around here,” says Nathan Bray, a senior vice president who works on Sellers’s team. “My friends [at other companies always say], ‘We hate getting all those “thanks” and “appreciateds” e-mails,’ ” not to mention the constant responses to companywide e-mails concerning cafeteria menu changes or spare concert tickets. According to Carson Tate, a workplace consultant and founder of Working Simply, a North Carolina firm that advised Sellers’s team, “They were really frustrated and really ticked. Their job in the field is to sort through clients and prospects - not who is going to the Madonna concert on Thursday.” Now the only time anyone hits Reply All is to celebrate something “really important.” At long last, says Sellers, “We’ve cut down on the sheer number of e-mails hitting our in-boxes.”

Makers of e-mail programs have heeded the calls of distress. Microsoft introduced a plug-in option on its Outlook program called NoReplyAll, which allows senders to prevent recipients from Replying All to their messages. Programs such as Reply to All Monitor, developed by Sperry Software, attack users with alerts anytime they click the Reply All button: “Are you sure you want to reply to everyone?” Sperry Software owner Mike Sperry got the idea when a colleague at a previous job embarrassed himself with a companywide e-mail. He’s found that the vast majority of his customers are law firms and banks that fear something less personal: sensitive client information ending up in the wrong hands. “It’s a cheap form of insurance,” says Sperry, who says that he’s sold “hundreds of thousands of the program,” which costs $14.95.

A company that’s come close to abolishing Reply All is the global information and measurement firm Nielsen (NLSN). On its screens, the button is visible but inactive, covered with a fuzzy gray. It can be reactivated with an override function on the keyboard. Chief Information Officer Andrew Cawood explained in a memo to 35,000 employees the reason behind Nielsen’s decision: eliminating “bureaucracy and inefficiency.”

For his part, Wells Fargo’s Bray finds it hard to imagine working in a place that tolerates waves of pointless e-mail. When he tells friends and family about his Reply All-free workplace, he says, “They all have the same reaction, which is: ‘I hate those e-mails,’ ” he says. “But nobody does anything about it. We’ve done something about it. I have to say, it’s really been nice.”